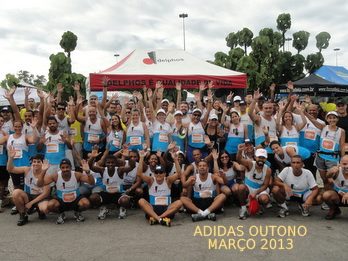 The year has begun and, with it, an Adidas circuit starts. The first stage, Autumn, was held on March 3rd at the Aterro do Flamengo, in Rio de Janeiro. Around 14 thousand people took part in the event, and, among them, around 140 Delphos’ employees. The Delphos’ Team will return to the streets to compete in the Adidas Season Circuit Winter stage on July 21st, while the Spring stage will be held on September 29th. The Summer stage closes the circuit in the city on December 1st.